Sophie and the sight test

Sophie and the sight test

hat day Sophie was really in a bad mood: she was worried about going to the doctor to have her sight checked. 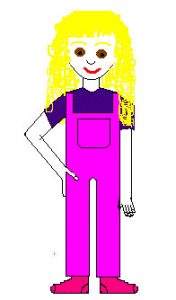 At the Health Centre the health visitor wanted her to close one eye to check the other one.
Sophie cried so much that the Health Visitors decided to postpone the test for a few weeks.

No, No and No! -cried Sophie – I do not want to have one eye closed. I can see very well!!-
Three weeks later, Sophie and her mummy Rosemary went again to the Health Centre. Sophie’s mood was even worse then the first time: she was terribly angry!
Why did they want her to close one eye? Why didn’t they let her stay peacefully playing at home? 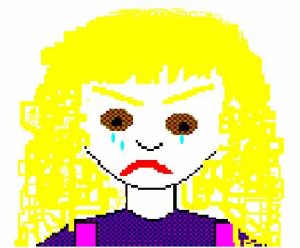 Sophie and Rosemary sat in the waiting room. Sophie’s attention was captured by an ugly old lady: her eyes were so crossed that she could just see the tip of her nose, and her nose wasn’t even nice! Sophie was a very curious child and she asked the ugly old lady: – why are your eyes so…so…crossed? Can you see at all with such eyes?
The old lady answered:
– I squint because when I was a child I refused to wear my glasses and now I can see just the tip of my nose. I cannot see the sky and I cannot look at the see and I – Not even the T.V.?- cried Sophie – and what about Rosie and Jim and the Postman Pat cartoons?-
– No, not even the cartoons – said the old lady still watching the tip of her nose. Sophie changed her mind and she was very keen to be seen.
The Health Visitor closed her one eye and then the other, and finally she said that Sophie’s sight was very good and there was no need for glasses. 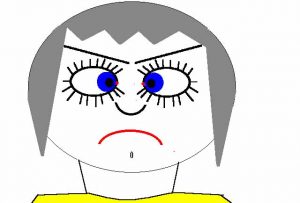 Even if they had told her to wear some glasses or to keep one eye closed all day long she would have been more than happy. Moreover with the bandage over one eye she could pretend to be a pirate. It wasn’t bad at all!

When Sophie grew up her sight remained good, but since she liked glasses so much, she bought a cool pair of pink spectacles!

It was just when she was 138 and she became grand mother of 55 grand children that she had to wear glasses!
But she would have been very keen on wearing glasses even when younger to avoid being forced to watch just the tip of her nose. 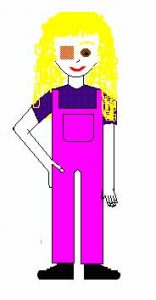 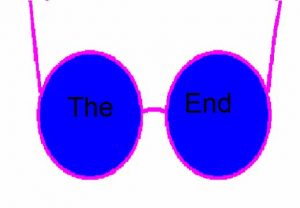 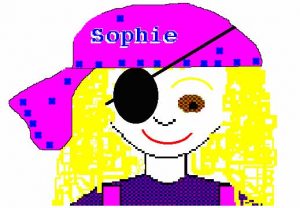